One of the things that is interesting when you look at Logic Apps and BizTalk is a comparison of how they route messages between instances of workflow. I would guess the difference really boils down to BizTalk trying to implement a complex and configurable approach to solve ESB and Long Running Transaction patterns where as Logic Apps is aiming towards the API Orchestration and iPaaS approaches which sacrifice some of the more complex features for speed of delivery and simplicity.

If we look at the typical Logic App when used in an API Orchestration approach like in the below diagram:

You can see here that most of the API Connectors for the Logic App are in process RPC style calls.

The question however is if you need to implement a more complex process and need to use some more asynchronous approaches how would you implement the message correlation required to support this.

Reflecting on Correlation in BizTalk

Before we get into a logic app implementation pattern, from an archtiects perspective I would like to take a step back and discuss how BizTalk implements this approach. One of the answers for how to implement this is that you could use BizTalk alongside your Logic App. You could drive your long running transaction in BizTalk and use a Send Port out to a Logic App to take advantage of the modern connectors.

When it comes to message correlation, one of the often misunderstood things in Microsoft Integration was the really powerful features that BizTalk offered in its implementation of this pattern.

Because BizTalk messaging and orchestration were fully decoupled via the message box the default design required this. In many cases people would take the simpler option in an orchestration to do a solicit response pattern and use the type of port binding that kept things simple. You could however define much more complicated rules by creating your own correlation types and correlation sets to define which messages would route back to your orchestration based on the properties of a message.

If we take a look at how that worked we could use the below diagram.

Before jumping into the implementation, lets take a second to discuss the pattern. This pattern is called the Message Correlation Identifier Pattern. 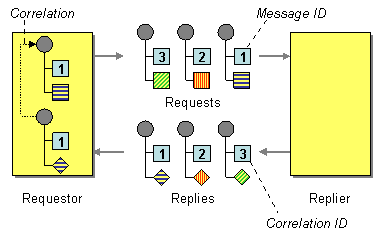 Note
The excellent Enterprise Integration Patterns book discusses this pattern in more detail alongside many others - https://www.enterpriseintegrationpatterns.com/patterns/messaging/CorrelationIdentifier.html

The key to the pattern is how you can send a message asynchronously from a component and get a response later and to know which instance of the component should handle each response.

There are a couple of ways we could achieve this with a Logic App, each of them requires us to combine the Logic App with some kind of message queue or database. I think the most effective pattern however is to combine Logic Apps and Service Bus messaging. Service Bus messaging already supports this kind of message exchange pattern if you implement the RPC pattern with queues using the Reply to Session ID and a session based response queue. The thing we need to do is to take advantage of this with a Logic App.

Why do I need this Pattern?

Even though the pattern is widely recognised, lets include a few examples where you may use this. As I said earlier this was the default way that BizTalk used to work, but for Logic Apps the default way is an RPC HTTP call from the workflow to an API Connector so you need to implement this pattern yourself. In this case its a good idea to know when you need to use it and when not.

A couple of examples may include:

There are others but hopefully this gives you a few ideas of where you can use the pattern.

Lets now consider the conceptual implementation of this pattern. For demo purposes I am going to activate my Logic App with Postman but the key bit we are looking at is the interaction between the Logic App and Service Bus, see the below picture: 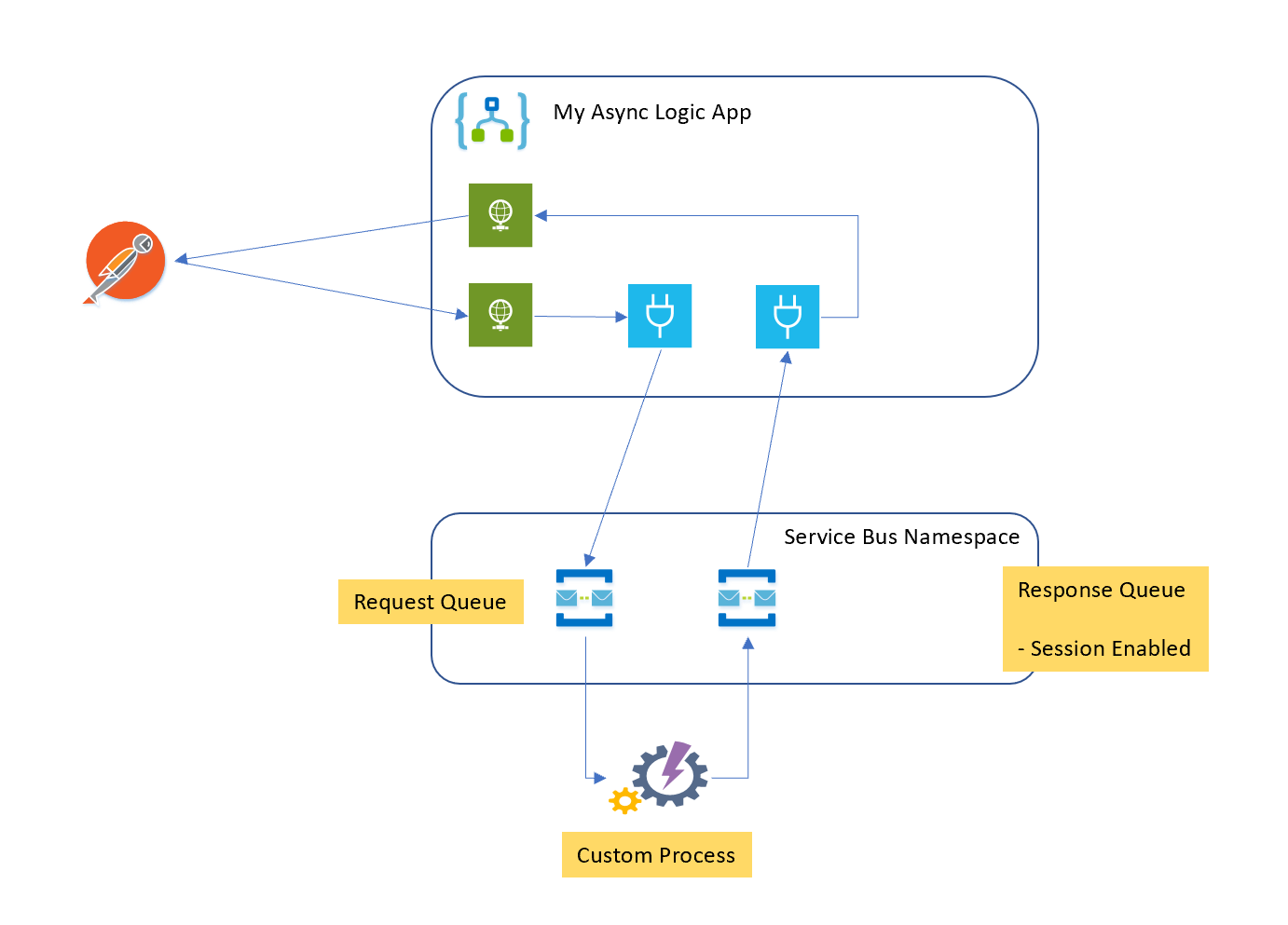 The way this works is as follows:

The below video is a walk through of this scenario:

While this pattern is quite good I think there are a few things you need to consider when implementing it with Logic Apps:

There are a couple of other resources out there which discuss this topic with similar and alternative approaches to tackling it, check out these articles to expand your understanding: