Recently I posted about how using Power Automate with Microsoft Teams and excel could be used to allow users to submit test data to interfaces while development was in progress on a project to allow you to get early feedback from systems and to help discover if there are data issues between systems on an EAI project.

Using excel isnt the only way you can do this, you could also develop a Power Apps canvas app to help submit data to an interface. With the new JSON function in Power Apps it can help you to easily capture data to submit it.

Lets imagine the scenario where we have the following architecture.

We will start by using a Power Automate Flow to process the data. The below picture shows the comparable flow to the previous example. 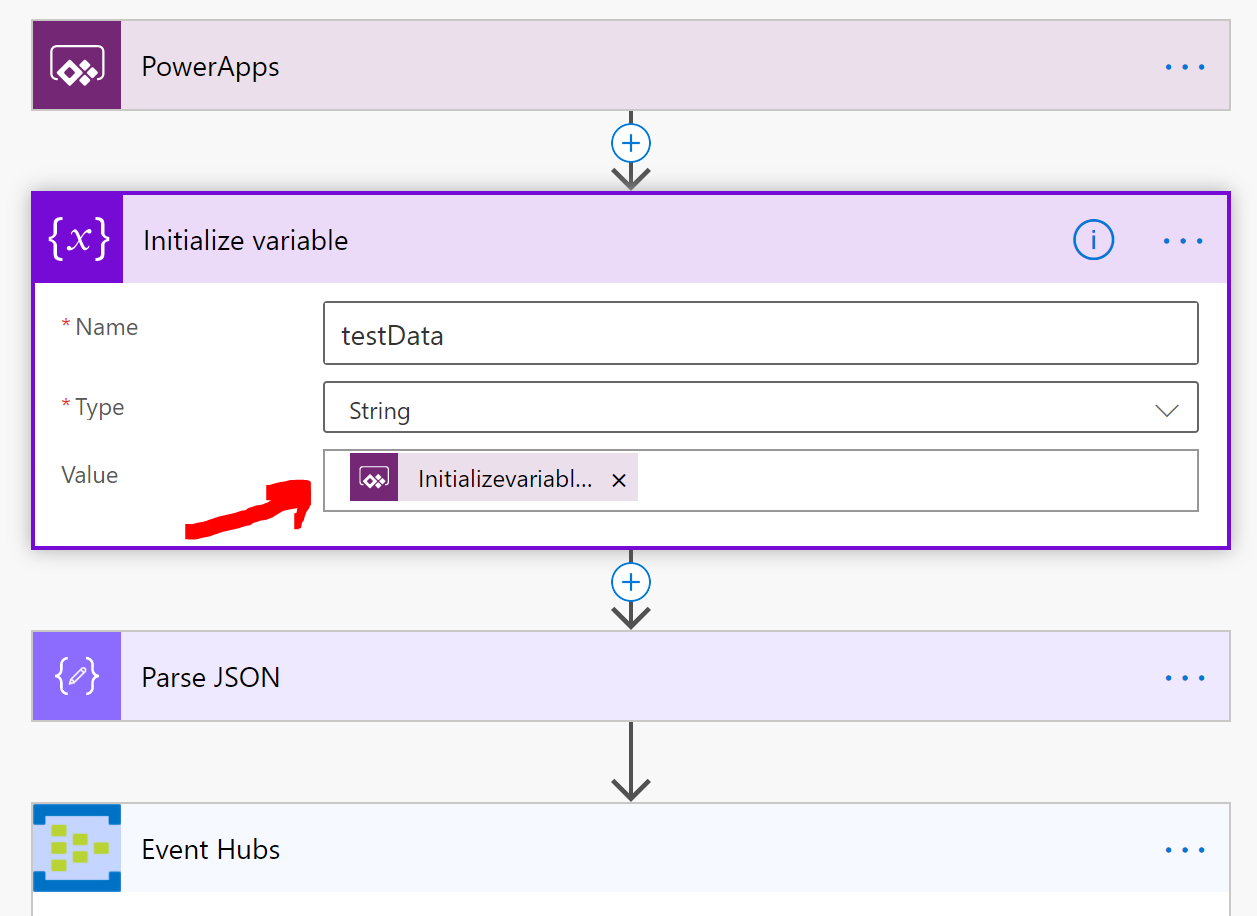 This time we will initialize a variable using the input from a Power App. We will then parse the json we receive in the string variable and then submit it to the event hub.

In Power Apps I will create a canvas app. In this case for the demo it will simply capture a name and surname and have a submit button like in the below picture. 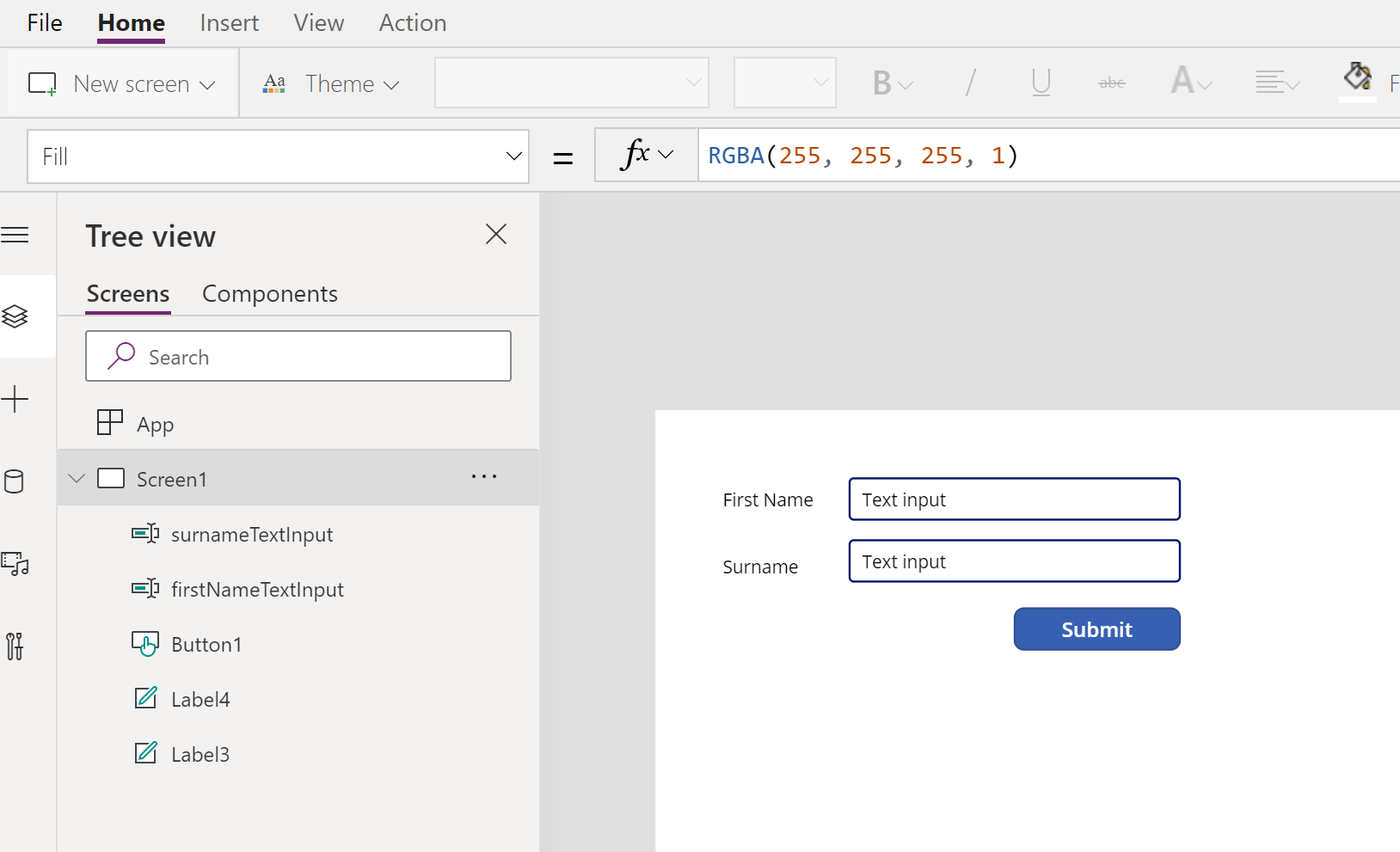 When the button is pressed it will trigger my flow which will then send the data to the Event Hub on Azure which will run the interface I am developing in my EAI project.

I can now deploy my Power App in Microsoft Teams using the Power Apps tab as shown below. 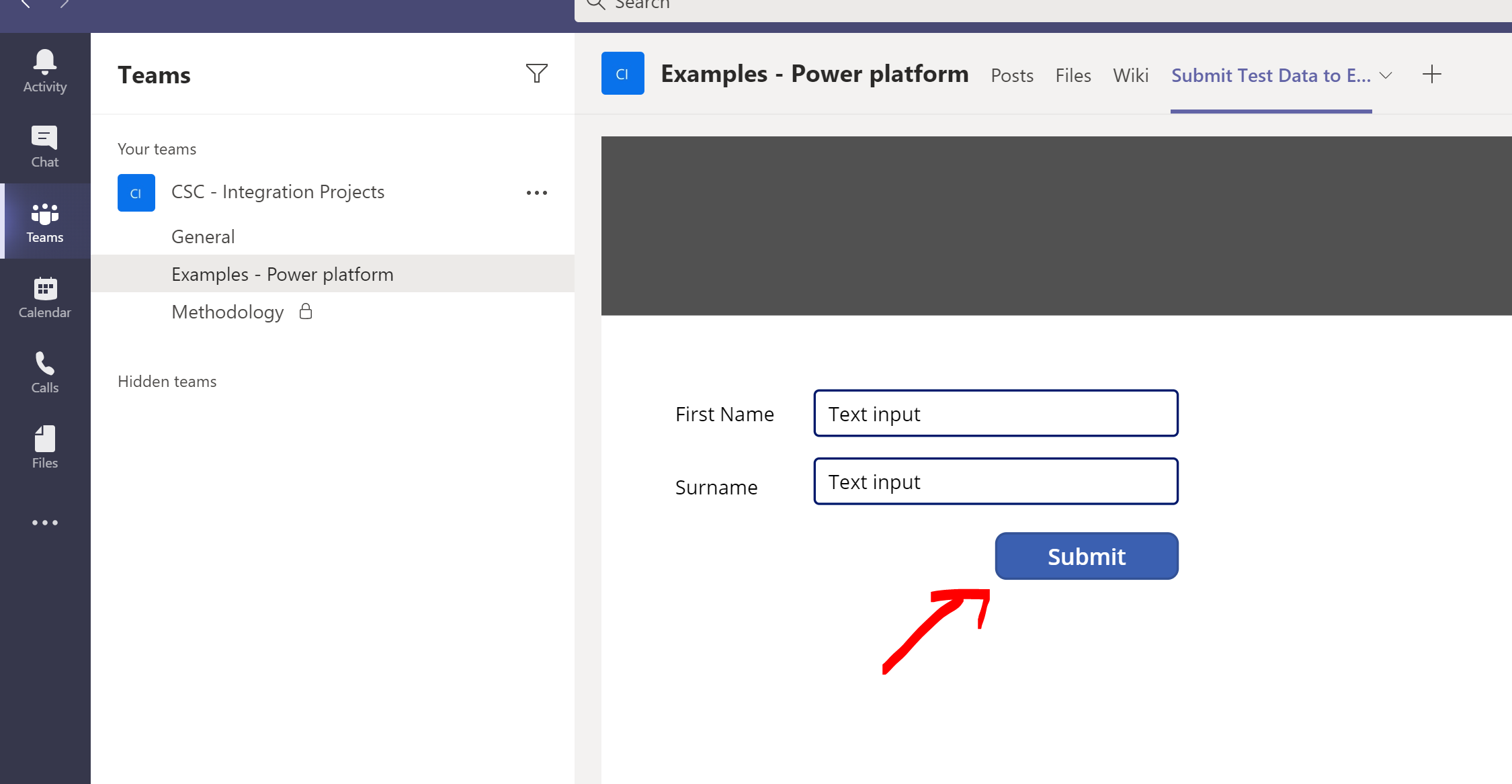 The result is that now my business analysts and users can use Microsoft Teams to trigger the interface via a Power App and Power Automate. This will let them send data to the new system that is being implemented so we can get feedback on how the data looks and so they can try out the new system while other internal systems are being modified to support the end game for the project which will take a while before they are in a position to be able to send information.

The end view of the sample looks like in the below picture.

Like in the previous article the Power Platform provides a low code simple to implement solution that would take an hour or so to get up and running but would deliver lots of temporary value to the project. At a later point in the project when the systems are able to work end to end we would simply throw away the Power App and Flow as they would be no longer needed.